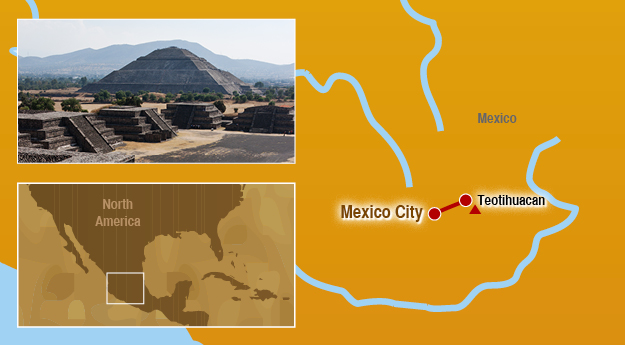 Your airline will only let you board your flight to Mexico, if you have a valid return ticket. Your carrier might not tell you this until you’re just about to board. If you plan on, say, driving out of Mexico, or leaving on a cruise ship, make sure you check this out well in advance. One way around the problem is to buy a second full price refundable ticket that you don’t intend to use and then get a refund as soon as you arrive (or before you leave, as long as you have the original paperwork to show at the jetway). In most major US airports, they’ll sell you this ‘token’ ticket at the jetway. Airline staff in the boarding area help travellers with this problem every day. There’re no ticket sales offices at Benito Juarez, you’ll have arrange your refund by phone. Make sure you’ll have access to a phone that allows international calls. Get a refund number from the phone agent, this being Mexico, everything always goes wrong, but never in your favour!

The airport has a plane spotting area. To reach it, take the subway and go to the Terminal Aerea station.

The terminals are connected by a bus line and a light rail system, which is significantly faster than the bus. Note: For some reason, you can only board the light rail if you have a flight boarding pass or ticket stub from your arriving flight. Tough luck if you have an eticket and haven’t printed your boarding pass or if you’re travelling to terminal 2 to meet sombody. The storm troopers won’t let you board the train!

If you arrive on an international flight, you will go through Immigration, luggage retrieval and then Customs. Make sure you fill in all forms prior to landing to make this an expedite process. Sometimes, the airline will hand them out on the flight. There is a 300-dollar duty allowance that include new clothing, tobacco and liquors. The Mexican customs law allows passengers to bring free of duties a laptop, an MP3 player, a digital camera, a tripod, a video camera, and used clothing. Be careful with iPads, as they are sometimes considered laptops. If you have brought a laptop and an iPad, customs may consider this two laptops and refuse to allow entry with both.

You will also be required to fill out a Migratory Form for Foreign Tourist, Transmigrant, Business Visitor or Council Visitor which must be stamped by the customs officer, who will give you an obsolete number of days for your visa (up to three months). This form has a bar code on it and a blue stripe across the top saying “Estados Unidos Mexicanos.” Be sure not to lose this form as without it, you might not be able to leave the country. If you lose or misplace it during the visit, you must visit the immigration office at the airport to fill out a new one. If you plead ignorance, they may let it go, but normally, there’s a 440-peso fine.