Home Archives Before there was Mexico City…

Mexico City is no different, as the ruins of the late and great Tenochtitlan can be found at the metropolis’ core. This week, we explore the tale of these two cities, and how the Spanish Conquest lead by Hernan Cortes changed it all. 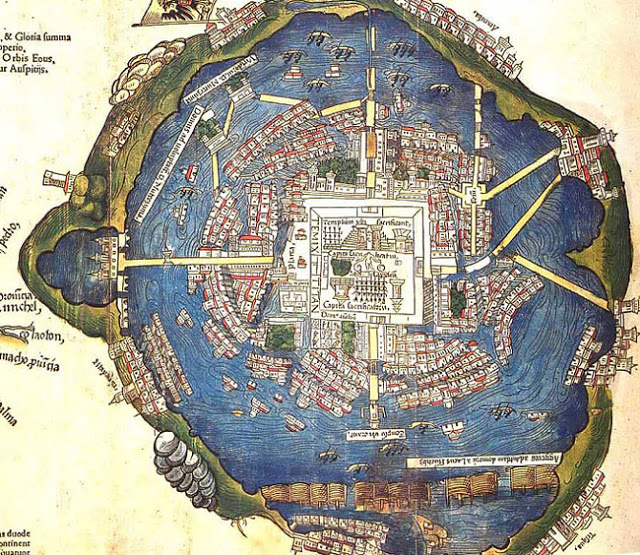 Let’s begin with a brief background of Tenochtitlan. The city was dominated by the Aztec, the last group of American Indian people dominant in Mexico before the Spanish Conquest. The Aztecs were late bloomers in the chronology of Mesoamerica, and only reached the height of their intellectual development just as the Spanish came in and drove them all out. Tenochtitlan was considered the heart of the Aztec world, as the precinct of their civilization lied at the centre of the city. The development lied at the centre of Lake Texcoco, with causeways to take people to and from mainland areas. Main markets and institutions lied the centre of the city, while the rest was a grid-like hierarchal organization of politics, economics, and religion. Life seemed to be running smoothly for people of Tenochtitlan, until the Spanish caught wind of their well-planned society.

So why take over Tenochtitlan? 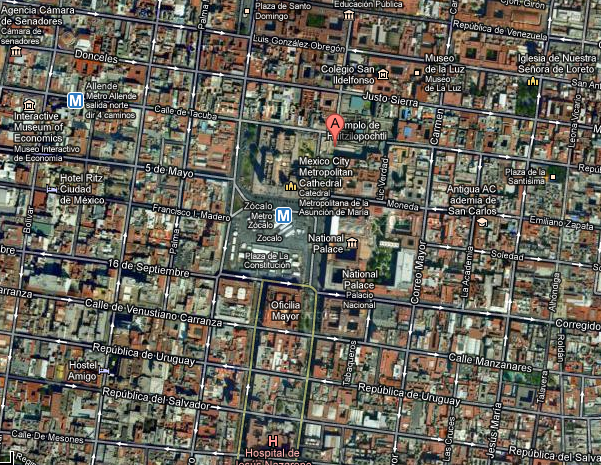 There are many theories as to why Hernan Cortes and the Spanish conquerors wanted Tenochtitlan for themselves. First off, they saw this region as offering an easy turnover. The hierarchal urban planning reminded the Spanish of grid-planned cities they were used to in Europe (Thanks to the Romans), so there was little to do in terms of reorganization. Second, the ease of access to Tenochtitlan through the Gulf of Mexico and multiple water ways and roads was perfect for moving settlers in. Thirdly, the fact that Tenochtitlan was already well established as a prosperous urban centre gave hope for the Spanish in terms of their own economic growth. It didn’t hurt that the success of obtaining such an ideal location encouraged their excitement, either.

Looking at the urban sprawl of Mexico City today, it’s hard to believe that there once existed a populous and functioning Aztec civilization. Mexico City is about 1,485 km in length, while Tenochtitlan is estimated to be a mere 14 km. It is hypothesized that Tenochtitlan existed near the current Centro Historico of Mexico City. Despite a drastic levelling of the ancient grounds by Spanish conquerors, some ruins are still visible today. The Temple Mayor, a once-large dual temple used to praise the gods Huitzipochtli and Tlaloc, exists and teaches us much about Aztec architectural language, iconography, and history. 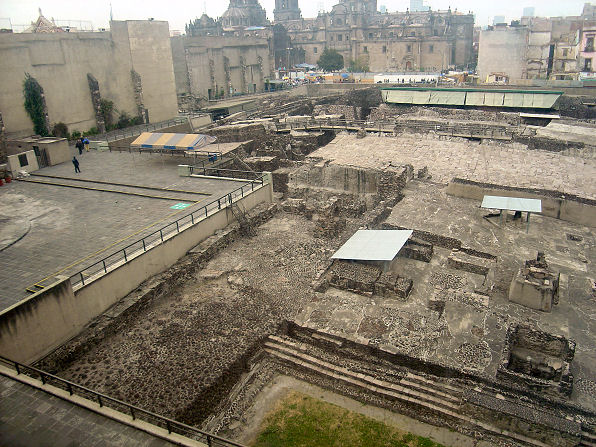 In cities as population-dense as Mexico City, it is easy to forget how culture and space comes about. We must look at ruins like Tenochtitlan to tell us more about how our own successes and ways of living came to be.

Pirates of the Caribean • Jamaica